The Crabro Cichlid are found in Lake Malawi, Africa at various sites in the Eccles Reef, West Reef, Chiyamwezi, Mbenji, Chinyankwazi, Maleri, Nkata Bay, and the Likoma and Chisumulu Islands.

The name ‘hornet’ as well as its scientific species name ‘crabo’ were derived from the European Hornet Vespa crabro, as both of these species are large sized and have a similar color patterning. Even before these two names though, and before it was scientifically described, it was called Pseudotropheus “chameleo” for its chameleon-like color changing ability.

They live in various habitats but prefer rocks or sand-rock substrates near large boulders, and the interior of large caves. They feed on a different foods as they become available including benthic crustaceans, fry of other fish, fish eggs, and larvae. This cichlid tends to change colors very rapidly, going from an almost totally black fish to a yellowish fish with bold black bars. They use this ability in their “pseudo-symbiotic” relationship with a large cave-dwelling catfish, the Kampango Bagrus meridionalis. In its gold and black barred coloring, the cichlid advertises its cleaning services and is safely allowed to pick parasites from the skin of the catfish. But on a darker note, when these catfish spawn the Crabro will turn almost black. Like a thief in the night, they sneakily eat the spawning catfish eggs. If it is seen, it will quickly revert back to the yellow and black color and resume its cleaning duties.

The fish is a member of a group of cichlids called Mbunas. There are 12 genera full of very active and aggressive personalities. The name Mbuna comes from the Tonga people of Malawi and means “rockfish” or “rock-dwelling”. This name aptly describes the environment these fish live in as opposed to being open water swimmers like the Utaka cichlids and other “haps”.

This is a great fish for both the intermediate and experienced cichlid keeper. It is a good sized cichild with the males reaching a length of almost 15 cm and females being a bit smaller at about 12 cm. It is also an aggressive cichild so not a community tank specimen. It cannot be housed with fish other than cichlids, but is easy to moderate to care for and will eat whatever is available. It can hold its own in an aggressive tank  with other cichlids. A group can also be kept In a species tank and will breed easily. Unlike some cichlids, these females are quite attractive.

Keep this cichlid in a group of one male to six or more females. Make sure to provide rock formations with multiple hiding places to ward off brutal aggression from the male. They can also be kept in a very large aquarium of mixed Mbuna with plenty of hiding places, but this cichlid male will be dominant.

Provide a fine gravel or coarse substrate along with lots of rocks with multiple hiding places for sub-dominant and brooding fish. The addition of crushed coral can help keep the pH up. A very slow acclimation to different pH levels can sometimes be achieved. Crushed coral or aragonite sands do tend to dissolves easier than salts. Keeping a higher pH however, means that ammonia is more lethal, so regular water changes are a must for these fish. Some open space is appreciated as well. Malawi Cichlids will deteriorate under poor water conditions. These fish eat a lot and are messy, so an established filtration system along with water changes of 20 to 40% a week depending on bioload, is needed for their health. Malawi bloat is a typical disease especially if their dietary needs are not met with quality foods.

The Crabro Cichlid can be bred in captivity. This cichlid is a mouthbrooder that needs a harem. They should be given a tank of at least 200 litres to breed in if kept by themselves, larger if kept with other fish. They are easy to sex, but if you start with a group of several very young juveniles you need to remove sub-dominant males as the dominant male will kill any rivals.

Doing a large water change can induce the breeding response. The male will darken to an almost jet black color. He will shake and circle the female to get her to a flat rock in his territory, then the breeding begins. The female will lay between 20-60 eggs and then immediately take them into her mouth. The male will then flare out his anal fin which has an ‘egg spot’ patterning. The female mistakes the patterning for her own eggs and tries to take them in her mouth as well. This stimulates the male to discharge sperm (milt cloud) and the female inhales the cloud of ‘milt’, thus fertilizing the eggs.

In 17 to 21 days at about 28° C, the eggs are developed. Keep in mind that the male can be so relentless at harassing the female, that she may just eat her eggs. After the male has established a “home cave”, it may help to form the rockwork in a way that he cannot see past his area so that the females can hide. If all else fails, removing her to an established smaller tank with the same water may prove more successful in getting the fry to live. Some strip the female at 18 days.

The fry grow very quickly if fed well. The fry are a “bumblebee” pattern and are very cute. The released fry can are good eaters. In a short time, due to their rapid growth, you can change over to crushed flake food. They can also eat eat finely powdered dry foods and brine shrimp nauplii. The female will guard the young for a few days, even taking them into her mouth if there is a perceived threat. As long as you have plenty of hiding places, your young will have an easier time surviving until they are too big to eat. When the young become obviously male they will need to be removed as the dominant male will kill them. 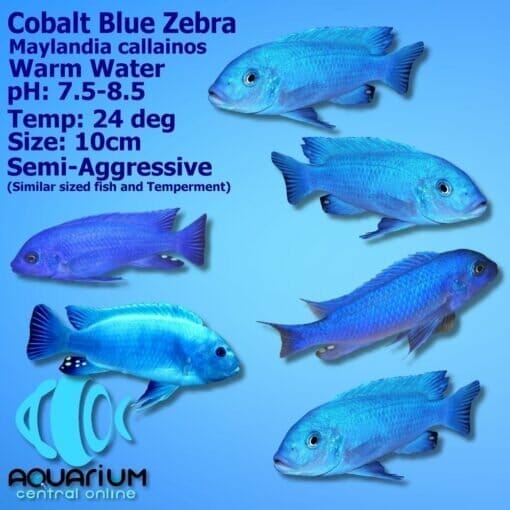 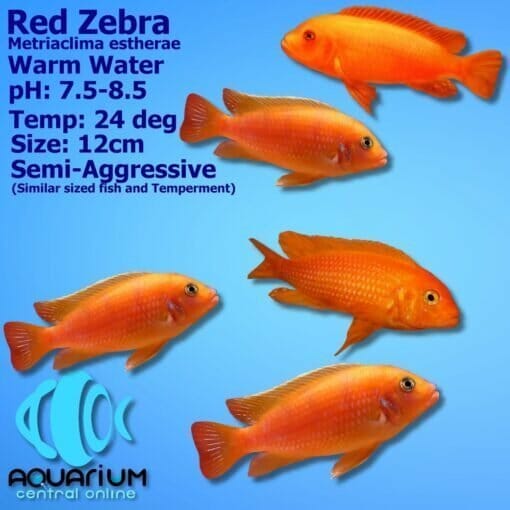 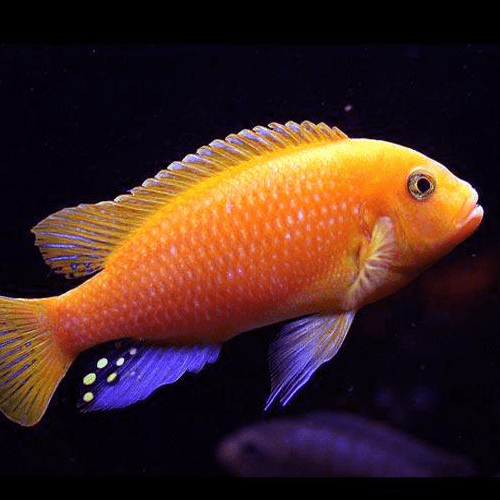