Flowerhorn cichlids are ornamental aquarium fish noted for their vivid colors and the distinctively shaped heads for which they are named. Their head protuberance, or kok, is formally termed a nuchal hump. Like blood parrot cichlids, they are man-made hybrids that exist in the wild only because of their release. First developed in Malaysia, Thailand, and Taiwan, they became very popular with Asian fish hobbyists. They are also kept by hobbyists in the US and Europe.

The Thai Silk, also known as Titanium, is a relatively new strain which is almost completely metallic blue, gold, or white. Its origins are unclear. A new strain of Thai silk has been developed that has a kamfa-type body and red, blue, or white eyes. It was believed to be a cross between White Tigers (Texas lineage), pure Texas cichlid and a Vieja. 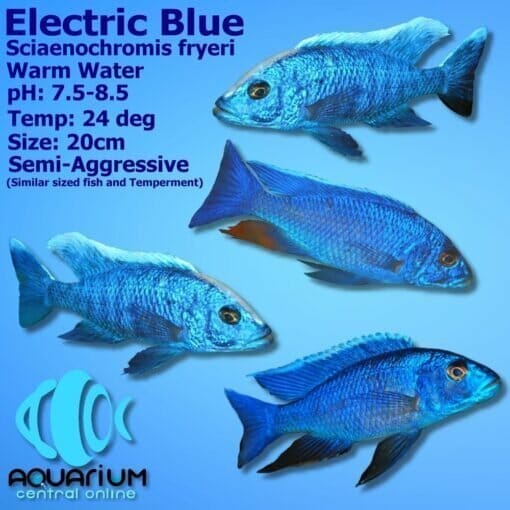